Symposium with Michael Kitces and Joseph Messinger – September 19th
We were thrilled to have Michael Kitces as our keynote for our symposium. Michael presented on Behavioral Finance, the Future of Financial Planning in a Digital Age, and had an hour-long audience Q&A. This event was so well received that the only complaint was that Michael’s Q&A was too short! Closing out the afternoon sessions was local favorite Joseph Messinger presenting on College Funding Advice. Nearly 200 in attendance enjoyed this event. 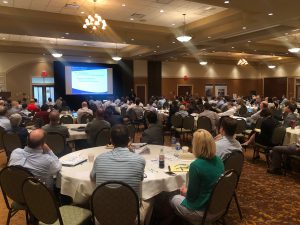 Joint Happy Hour with CFA Society – November 7th
Supporters of FPA joined in networking with supporters of CFA in a joint Happy Hour at Hoppin Vines in Kenwood. About 50 in attendance gained valuable contacts in the industry, chose from the vast variety of Hoppin Vines’ beer on tap selection, and played Duckpin Bowling! The event was such a success that some attendees stayed hours after the event ended! 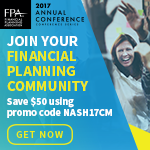